I’ve heard a couple of anecdotal stories are doing the rounds again on the theme of “because that’s the way we’ve always done it”. This got me thinking, as I recognised that our own experiences with our clients have been different, so this post is about why the best practice framework in your business is probably there for very good reasons.

Firstly, let me cite an anecdote of my own…10 years ago, one of our clients returned to a well-known international portfolio manufacturer, after leaving it several years earlier, and he found it had lost several % points of market share in its biggest category, despite retaining a lot of very good people and having recruited lots of rising stars.
He was able to quickly identify that a lot of the good & best practice processes he had worked with and within previously had eroded over time.
For example, each operating country had begun to progress its own NPD, and there was no common language or comparable data across countries on the 7 key questions marketers needed answers on to decide strategies and tactics (the Who, What, When, Where, Why, How, What if?). This had led to a situation whereby there were nearly 100 separate NPD work-streams worldwide.
By re-establishing a clearer decision-making & prioritisation process, this organisation soon found itself launching successful line-extensions and new products again, and recovering market share in its core category.

It is our belief that it is good practice to get a lot of the organisation’s beliefs and cherished assumptions out early. A typical first step in stakeholder workshops we run, is to ask people to write down what they believe – for example, “I believe we can sell more X, because…”.
This in itself leads to a flood of output that can be further progressed within current categories or in new areas, e.g. easiest to do in the near future; would be of most interest to retailers; would be the most profitable; etc.

The moral of this post is that good practice leads to best practice and we have found that those organisations and people who embrace this type of clear thinking, in the current context, generally overcome repetitive decision traps and going down blind alleys – thus, truly avoiding status quo thinking, and building in-market success. 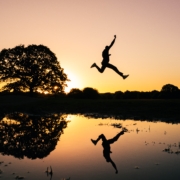 Problem Definition: never more important to get it right

Blame, Trust and Fairness in the Financial Services Industry - Revisited

Blame, Trust and Fairness in the Financial Services Industry - (Re)revisited

For Want of a...(Free Question)

If you have a business question starting with WHO, WHAT, WHERE, WHEN, WHY, WHAT IF, HOW?

If you would like an independent research based understanding of your market, brand, ideas, service, and even regulatory direction?

If you would like to be confident in decisions to improve business growth and margins.